Whether you’re gathering ingredients together to make a spicy curry, a vegetable soup, or simply a chilli sauce, cayenne pepper powder is a popular, highly-flavorful option. The spice is made from pure dehydrated cayenne peppers and is an ingredient found in almost all food stores. 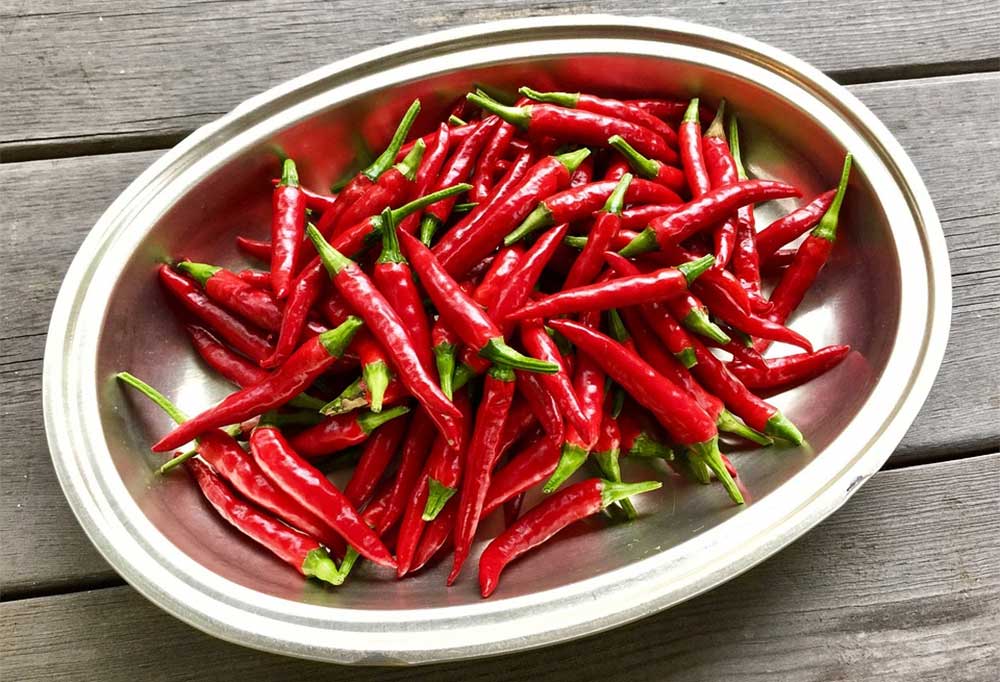 Not only does the spice have a strong flavor profile, it also provides a delicious kick that can bring a mild or dull recipe to life. Moreover, if you’re in the middle of making a dish only to find you’ve run out of cayenne pepper powder, or perhaps you simply don’t like the spice, there are some great, tasty alternatives that you can use instead.

These substitutes do their best to replicate some of the spice’s unique characteristics. So, whether you’re aiming to reproduce the heat, or simply match the flavor of cayenne pepper, some of the best alternatives can achieve this perfectly.

We’ll now take a more in-depth look at eight of the most popular alternatives to cayenne pepper. 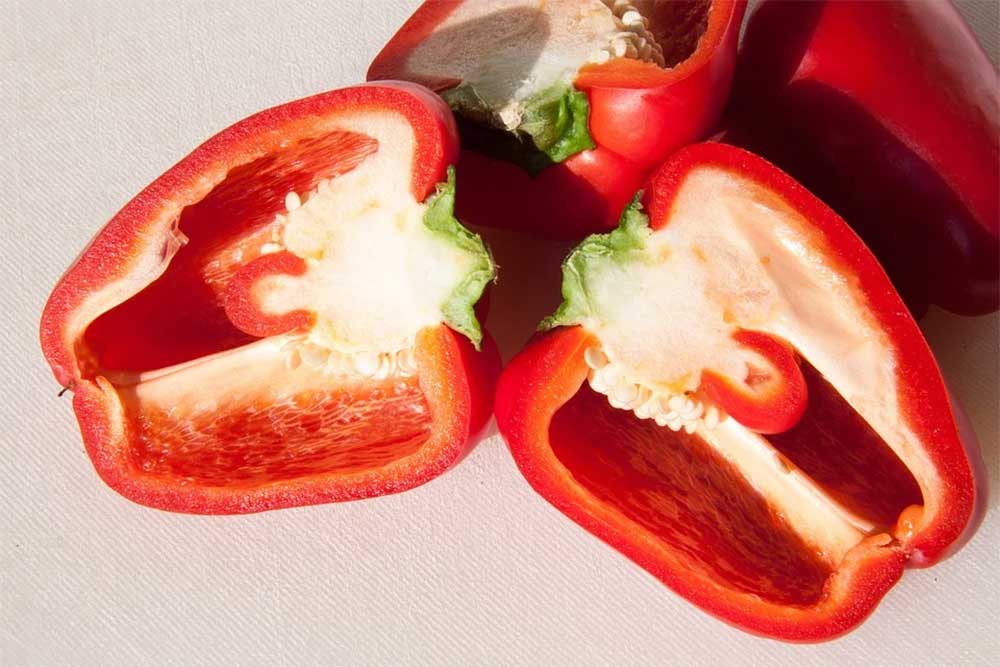 The first alternative on the list is paprika, an ingredient readily available at all grocery stores. It’s another form of ground pepper and provides more of a smoky flavor than the intense heat of cayenne pepper.

Paprika is similar to cayenne pepper powder in appearance and texture, which is great for achieving the same appearance to your meals.

While most paprika usually doesn’t have any spiciness at all, there are various heats of the spice available. So, if you’re looking to replicate the spice of cayenne pepper, anything labelled ‘hot paprika’ should match the heat as closely as possible.

In terms of quantity, it’s recommended to use a 1-to-1 amount of paprika as an effective cayenne pepper substitute.

One of the easiest ways to replicate cayenne pepper is to use a hot sauce. This is because many of the hot sauces available in grocery stores are made using cayenne peppers, so you’ll likely achieve a similar heat and flavor.

A popular choice is Frank’s RedHot, with cayenne pepper as a main ingredient, and only four other basic ingredients. It’s worth noting however, a liquid sauce isn’t ideal for some recipes that require dry spices to be added to the dish. Furthermore, it’s important to make sure that you choose a sauce which does’t contain ingredients likely to completely alter the taste profile of your recipe.

If you’re worried about this, you can always have the sauce on the side of your dish and use it as a dipping condiment instead.

In terms of quantity, it’s recommended to use twice the amount of hot sauce when substituting for cayenne pepper. 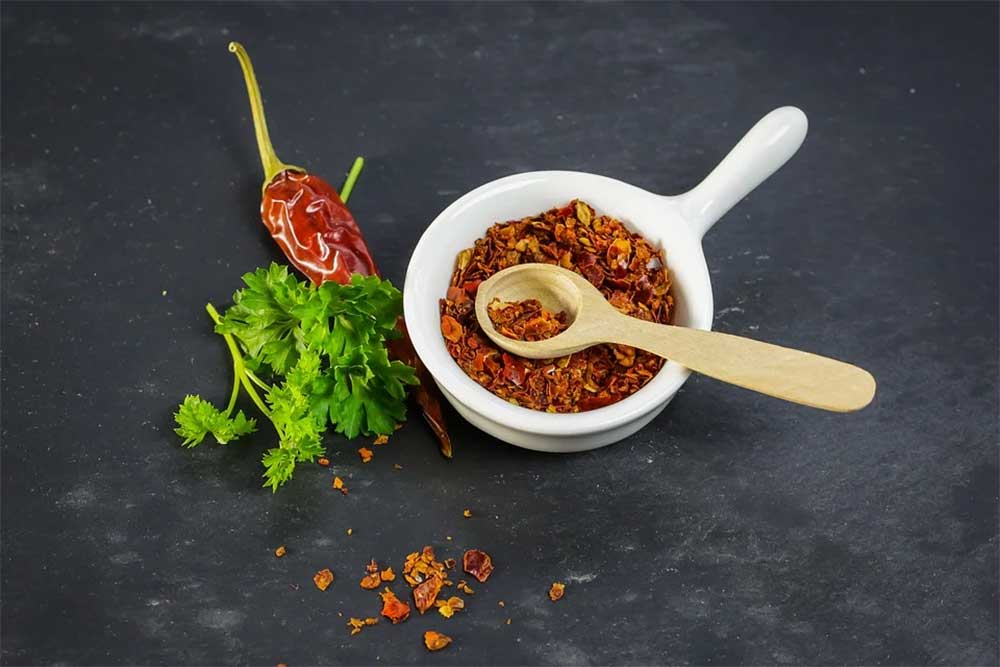 Chilli powder has a similar appearance and flavor to cayenne pepper powder so makes a great substitute. It’s not usually quite as hot due to being ground from a different type of pepper.

On occasion, chilli powder is made from darker red peppers, which are also smoked beforehand. This provides the chilli powder with a much more intense taste and smell, so make sure you sample it before it completely changes your whole recipe.

A benefit of chilli powder is that it contains capsaicinoids, a great ingredient for weight loss. Capsaicinoids not only help to increase the body’s expenditure, they also make you eat much slower. This subsequently helps you know when you’re full from eating sooner.

In terms of quantity, use twice the amount of chilli powder when substituting for cayenne pepper powder.

This is an ingredient that everybody should have readily available in their food cupboard. Black pepper is a milder substitute than many others on this list, but it still adds a valuable kick to a recipe, similar to cayenne pepper.

The great thing about black pepper is that you’ll always be able to find it in your local grocery store, so for that reason it’s value should never be underestimated.

It’s also incredibly easy to monitor, as you can add a little bit of black pepper to a recipe at a time and try as you go along. 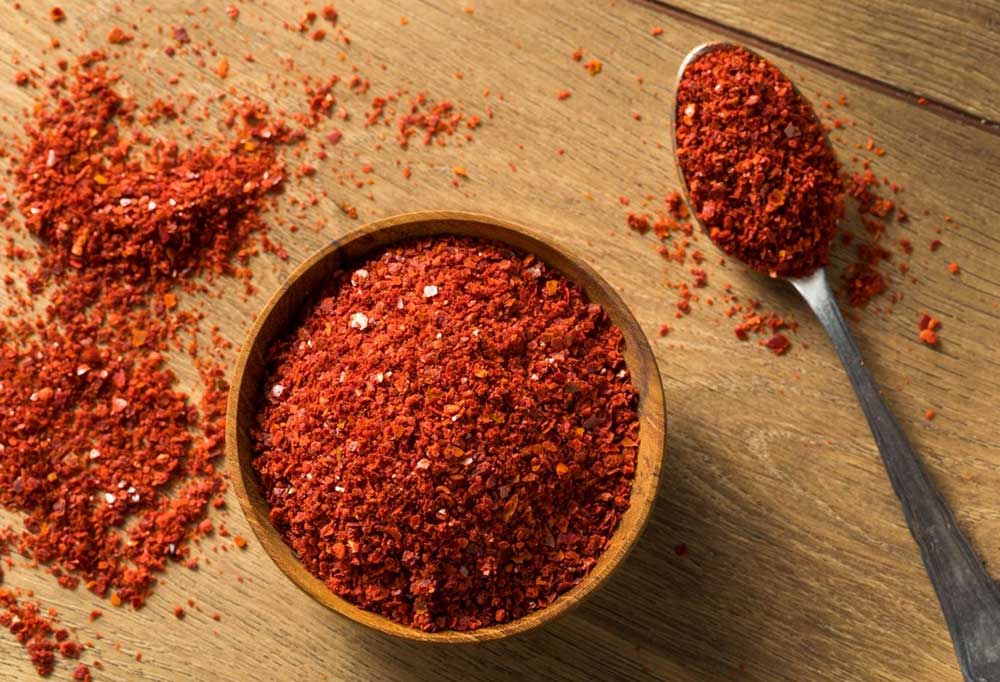 This ingredient is incredibly popular in Korean cooking and is made up of ground red pepper flakes.

Gochugaru is probably the closest alternative to cayenne pepper, providing a very similar heat and flavor. It also has a bright red color which is ideal for adding some vibrance to a creamy or dull-looking dish.

Unfortunately, gochugaru isn’t the most easily accessible alternative. It’s highly unlikely that you’ll be able to find it in your local grocery store, so a trip to an Asian grocery market or some research online is needed.

In terms of quantity, it’s best to use a 1-to-1 amount of gochugaru as an effective alternative to cayenne pepper powder.

One of the most effective ways to incorporate heat into your dishes without access to cayenne pepper powder is by using a spice mixture. Quite often, spice mixtures already contain cayenne pepper, so they really are a good alternative.

Even if they don’t contain cayenne pepper, spice mixtures are usually packed full of other useful spices such as paprika, chilli powder, curry powder, and much more.

It’s worth remembering however, that some spice mixtures will be suited for certain recipes more than others. For instance, one spice mixture may provide a perfect all-round flavor for Indian cuisine, while another could be better suited for Thai cooking.

Therefore, it’s recommended to always check the ingredients of the mixture before adding to a recipe to ensure that the spices will be suitable for your dish. 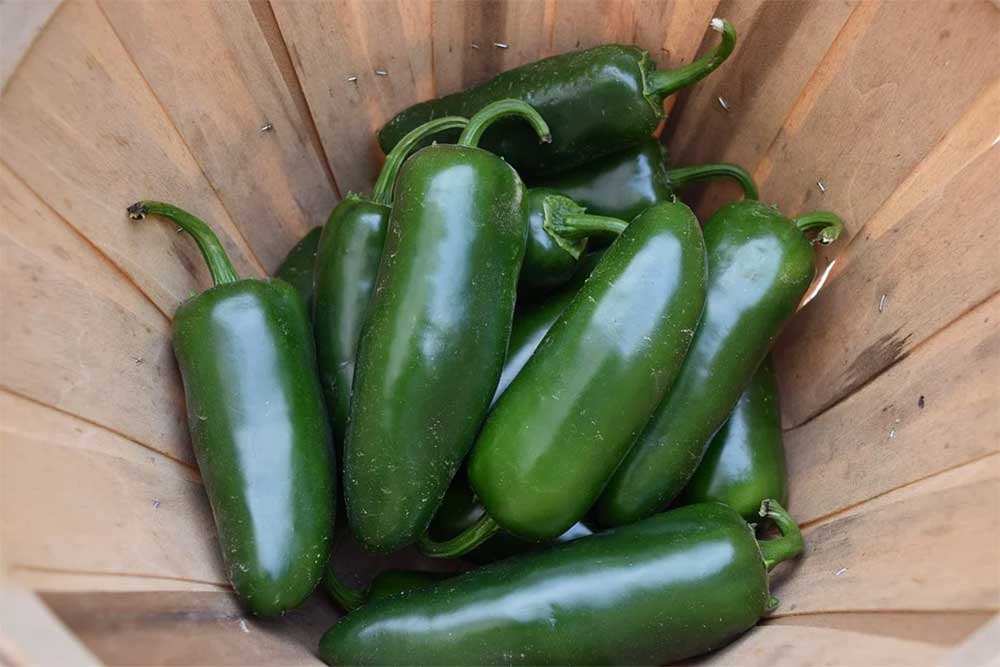 If you grow your own peppers, it’s a great idea to make your own hot pepper powders. It’s a lot simpler than it sounds, and it’s an effective way to preserve your peppers for a long period of time.

One of the best types of pepper to grow are jalapeno peppers. They’re both delicious and spicy, and an ideal replacement for cayenne pepper when ground into a powder.

All you’ll need to do is cut and slice your freshly grown jalapenos, and place them in the oven on low heat for around 12 to 15 hours until they turn brittle. You can then blend or grind them into the consistency you desire for your recipe.

If you’re looking to replicate the hot and smoky flavor of cayenne pepper powder, there aren’t too many options better than chipotle powder.

There are a number of varieties of chipotle powder readily available in most grocery stores, which provide a range of different flavors and heat. It’s always best to do some research beforehand to make sure you get the right chipotle powder for your individual needs.

Chipotle powder and peppers are particularly popular in Mexican cuisine. This popularity has made it one of the best and most respected spices for achieving significant levels of heat in recipes.

What’s the difference between chilli powder and cayenne pepper?

While the two may look extremely similar, there are a few notable differences which are useful to take into account. Firstly, cayenne pepper powder only contains ground cayenne pepper, whereas chilli powder is formed from a blend of chilli peppers and spices. This is mainly what contributes to the difference in heat level.

Another difference between the two is the greater variety found in chilli powder, ranging from the mild to the super hot. On the other hand, cayenne pepper powder is exclusively spicy. There’s nothing mild about it, unless mixed with another, cooler ingredient.

For some of the milder chilli powders, it’s likely that you’ll want to add more to your recipe than you would with cayenne pepper powder. Just be careful not to overwhelm the dish and significantly alter its other flavors.

Can cumin be used as a substitute for cayenne pepper?

No, cumin can’t be used as a direct substitute for cayenne pepper powder. However, as mentioned earlier, spice mixtures are a great alternative to cayenne pepper, and quite often, cumin is an ingredient used in these mixes.

Cumin provides warmth and an almost earthy flavor to a dish, rather than heat. So, if you were to replace cayenne pepper directly with cumin, you’d lose out on the important fiery taste that cayenne provides.

Cumin is also brown, a completely different color to cayenne pepper powder. This would dramatically alter the appearance of the dish that you’re trying to make, so not ideal.