Undoubtedly, Cholula is one of the most well-known hot sauce brands in the world. The iconic happy face of the smiling woman on the front of the bottle has gazed back at almost all of us from across the table in restaurants.

Contents show
1 Cholula Hot Sauce
1.1 Flavor
1.2 Scoville Rating
2 What can you do with Cholula?
3 What is it?
4 When can you buy Cholula?
5 Is Cholula hot sauce worth buying?

But there are enough hot sauces available that we can’t take up room in the cupboards keeping a brand just because it’s well known. So does Cholula deserve its place in the hot sauce pantheon, or is it time we gave an old classic the boot?

Some of us have probably eaten enough Cholula in our lifetime that we only need to close our eyes to taste it. Cholula has a distinctive tangy flavoring, with a hint of citrus sweetness to balance out the salt.

One of the things that makes Cholula shine is that it really has a flavor. Too many hot sauces focus so much on heat they forget everything else.

Cholula still has that spicy kick, but it combines it with garlic and vinegar for a genuinely delicious sauce.

From the initial smell, you can get a good waft of the spice and vinegar, but not enough to burn the tear ducts.

It’s your mouth that will be watering rather than your eyes when you get a whiff of Cholula, and it isn’t as pungent as other sauces.

Cholula, like many brands, have decided to keep a little mystery to the ingredients. Vague ‘spices’ make up part of the flavoring, so leave it to sit on your tongue for a little bit and have a guess.

The consistency is a good balance of thick and thin. It isn’t so thick it’s impossible to sprinkle, and it isn’t so thin that it runs everywhere.

Of course, this is all about the classic flavoring. In recent years, Cholula has expanded the range. Alongside classic there’s Green Pepper, Sweet Habanero, Chipotle, Chili Lime, and Chili Garlic.

Most of the flavors are pretty self-explanatory, and they build off the classic Cholula balance of flavor and heat.

This is where things get a bit tricky. See, officially Cholula has a Scoville rating of around 1000 SHU, which isn’t particularly high.

But, many seasoned hot sauce eaters agree that Cholula feels slightly higher than that, with some estimates going as far as 4000 SHU.

Realistically, on your tongue it feels around 3000 SHU. This puts it down a touch from Tabasco, but higher than you might have guessed.

Realistically, only the most spice adverse will turn away from Cholula. The heat level is matched by the flavor level, so it isn’t a hot sauce that goes all in with spice and leaves nothing else.

Anyone who enjoys a bit of heat should be happy with the level that Cholula brings.

What can you do with Cholula?

Cholula’s robust flavoring works well with a lot of things, and is great at adding a punch to blander dishes. That being said, there are a few things it’s particularly good with.

Sangrita! If you’re used to following your tequila with a lime, then mix things up with a traditional sangrita recipe.

Sangrita combines hot sauces with citrus juices for a tequila chaser that emphasizes the tastes of the alcohol. A drink of sangrita is taken between sips of tequila, and it’s meant to bring out the flavors of both.

Follow up a night of heavy tequila drinking with Cholula’s (and a hangover's) best friend - eggs. Cholula is the perfect hot sauce brand for egg dishes from omelettes to scramble. Try sprinkling it liberally across huevos rancheros.

As it’s a milder hot sauce, Cholula goes well as an accompaniment. Liven up boring pizzas and weak salsas with a spoonful, or add it to any type of tacos. 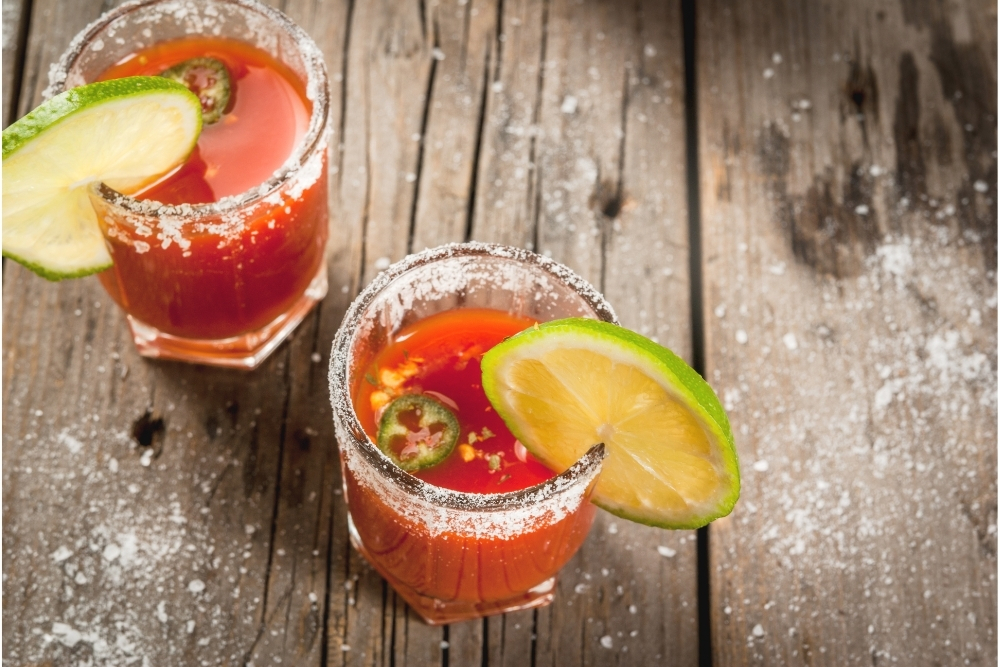 Cholula is a milder hot sauce that became commonly used as a tequila chaser before it was a kitchen staple.

Developed in the town of Chapala in Mexico, Cholula was a regular addition to sangrita, a drink that served as a tequila accompaniment.

From there, it expanded across Mexico, before eventually making its way to North America and out across the world.

Cholula is a Mexican sauce, and you can tell. Everything from the name to the bottle is designed with Mexico in mind.

It actually takes its name from the ancient town of Cholula, the oldest city in Mexico still inhabited, in honor of the country's rich history.

The classic label is a colorful yellow, and it’s easy to spot in stores thanks to the distinctive rounded wooden stopper.

So, the outside retains its appeal. But what about the all important inner content?

When can you buy Cholula?

Almost anywhere, literally. Pick it up from Amazon, or get yourself a mixture of flavorings. You won’t struggle to find it in grocery stores, either.

If you want to give it a go and don’t feel like splashing the cash, head to enough diners and you’re sure to find a bottle on the table somewhere. Really, Cholula is one of the easiest to find hot sauces around.

Is Cholula hot sauce worth buying?

Cholula is a classic, and it’s that way for a reason. More than a few of us have spent a dire morning-after drowning our breakfast burritos in Cholula under the judgmental, yet still somehow kindly, gaze of the woman on the bottle.

There could be more heat to it. That goes without saying. If you can buy a hot sauce that will almost literally melt your tongue off, Cholula can stand to add a bit more punch to the classic recipe.

But! Cholula manages to keep its place in the hot sauce rotation. Why? It still manages to taste good, even if it doesn’t taste that hot. Keep a bottle of Cholula around, and you might find yourself reaching for it more often than you think.

Cholula has found a recipe and stuck with it, and the tangy goodness is something that everyone should find a use for.