Crystal hot sauce has been a fixture on American tables and palates since 1923. Based in the heart of New Orleans for most of its life, and moving just slightly upriver in the wake of Hurricane Katrina, it remains the flagship product of the family-owned Baumer Foods.

When you’re shipping 3 million US gallons of hot sauce to 75 countries around the world every year, it’s probably fair to say you know a thing or two about what you’re doing.

Ironically then, Crystal hot sauce will split a room in the snapping of a finger. Those who love it tend to really love it, and they’re by no means a gang of hot sauce illiterates. David Chang, founder of the Momofuku restaurant chain, has gone on record calling Crystal his favorite hot sauce.

To those who don’t love it, the adoration of its fans seems baffling, because when you get right down to it, Crystal is… an ok hot sauce. It’s thin, it has a strong vinegar kick and some strong cayenne spice kick, and… that’s about all she wrote.

Let’s take a closer look at a bottle of Crystal hot sauce, and see if we’re fans.

That’s the question the non-fans are always asking. It’s a Louisiana-style hot sauce, and you can argue that’s good for more or less anything where your food needs some pep.

It’s not especially strong on the Scoville scale, so it makes itself amenable to being used in lots of ways, but the thinness of the sauce makes it less distinctive as a sauce to dip or smear.

You’d struggle to use Crystal for the likes of wings, compared to Texas Pete or Frank’s, for instance. Of course, you can, and it’s a mistake to underestimate the persistence of a hot sauce fan, but compared to those thicker sauces, Crystal’s going to give you a hard time in those situations.

Where it’s required to sit perfectly still, it does better – nachos work well, because it feels more like a sauce than a dip, so it gives you the heat you need without feeling like you’re making a meal of it.

Huevos rancheros? Top-notch – and the higher cayenne note is a great kickback against the protein in the eggs.

As a hotter sauce for steak, or as a mixer with an existing steak sauce, you’re starting to really see the benefits of Crystal’s thin consistency come out, and it makes a great alternative to a traditional steak au poivre if you’re not big on creamier sauces.

But probably where the Crystal thinness comes into its own is as an ingredient to turn up the sharp heat in unexpected dishes. We appreciate this might sound mad, but on fried rice (or even cooked into the dish), it can give you a whole different vibe from standard soy sauce.

Added into a pasta sauce, it can take you into diablo territory without hours of pepper cutting and simmering.

So while it’s not the world’s best wing sauce, and crispy fried chicken will look a little sad with Crystal dripping off it and running down your arm, there are places where those thicker sauces would only bring clagginess, and in those places, Crystal’s an easy go-to.

The cayenne peppers in Crystal hot sauce traditionally announce their presence to a wincing world with a Scoville rating of between 30-50,000 heat units – which is enough to wake up at least the walking dead.

But crucially, both the aging process and the balancing with distilled vinegar, not to mention the mixing and stripping out of the seeds and pulp give Crystal hot sauce a much more approachable smile of around 204,000 Scoville heat units.

That’s around the milder end of a medium jalapeno. It’s not about to blow your socks off. It may just possibly curl your toes.

Where to get Crystal hot sauce

With its vast distribution network, Crystal is probably available in even smaller grocery stores in even smaller towns. But if you want to go Crystal-crazy, then Amazon is your friend – it’ll sell you a full gallon of Crystal hot sauce and deliver it to your door, so you’re set for hot sauce fun for quite some time. 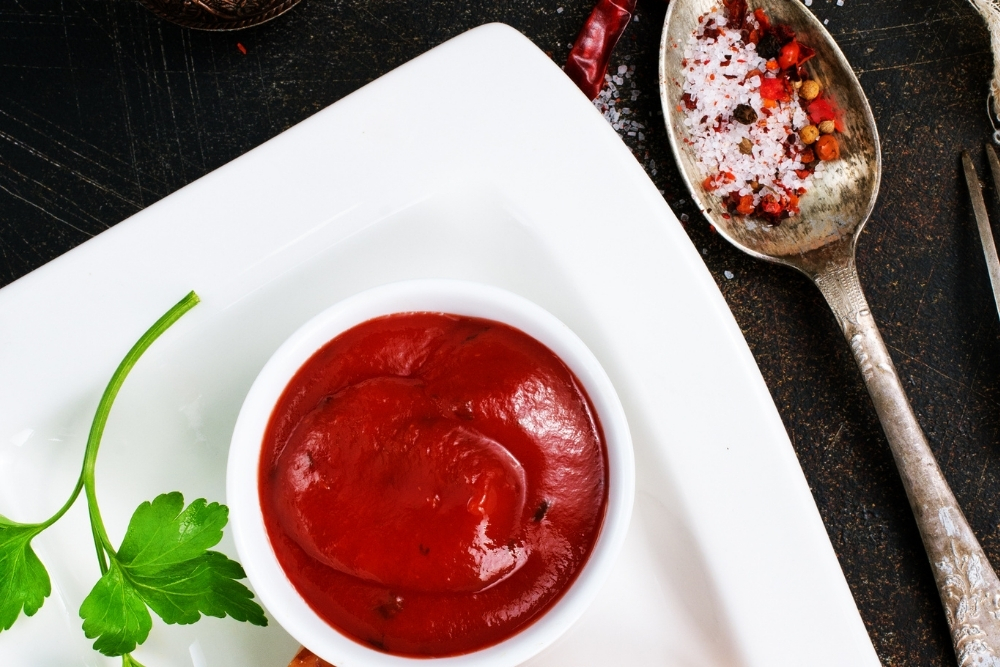 If we’re being strictly factual, the consistency of Crystal hot sauce is closer to what a Louisiana-style hot sauce should be than many of Crystal’s biggest competitors on the market.

It’s made of only three ingredients – cayenne pepper, vinegar, and salt. Those are all flavorings, not thickenings, and Crystal lets its hot sauce stand or fall on the basis of those flavors.

That means it has a consistency like water with attitude, flowing fast, free, and at least moderately fiery in a world where thicker sauces are frequently preferred. It’s thin, and it's unapologetic about that.

Either you get on board or you don’t – Baumer will still ship 3 million gallons a year of Crystal hot sauce out the door, and you’ll miss out on the uses to which you can put a thin hot sauce.

Is Crystal hot sauce worth buying?

If all you ever use a hot sauce for is that thick, unctuous coating to cut through fried food, or that glistening puddle to dip your food into, then you might well question what Crystal is bringing to your hot sauce party.

If you’re prepared to use it in different ways to the thicker sauces, get a little creative, and reap the benefits of that harder-than-average cayenne hit, you can have yourself a Crystal ball with the sauce from New Orleans.