Have you been looking for a sauce that is a hybrid of ketchup and hot sauce? Meet ‘Dat'l Do It’ Pepper Sauce. This delicious condiment takes the best characteristics of both condiments and gives you a smooth, tomato-based sauce with the fiery kick of chili.

For those skeptics out there, we know what you’re thinking; how could a hot sauce that lists ketchup amongst its ingredients even be considered a hot sauce? To this, we say “try it before you make your mind up”.

Its sweet notes and molasses undertones matched with its heat will soon make you a convert.

The thing that is so special about Dat’l Do It Hot Sauce is that it’s not your average hot sauce. If you’re a true fire eater and you’re looking for something unique and interesting to add to your collection, this is definitely one that you need to purchase.

It won’t take long for it to become a firm favorite either, and you’ll wonder how you ever ate certain dishes without slathering them with this fabulous sauce!

Dat’l Do It Hot Sauce

Dat’l Do It Hot Sauce Ingredients

To give you a better idea of what Dat’l Do It Hot Sauce tastes like, let’s take a look at the ingredients that go into making it. In each bottle you will find the following:

As you can see, while Dat’l Do It Hot Sauce does contain red wine vinegar, the inclusion of ketchup means that it isn’t a traditional vinegar-based sauce.

Instead, it’s tomato-based, which is pretty unusual. This is one of the reasons why you need to keep an open mind with this hot sauce.

The combination of ingredients above each plays a role when it comes to the flavor of Dat’l Do It Hot Sauce. The first thing you’ll notice is the sweet tang that you’d expect from ketchup, but this doesn’t take long to evolve into something richer.

Next, the sugar and molasses give it a sweetness that balances out the richness perfectly.

Finally, the mixture of datil peppers, orange habanero peppers, and crushed red peppers brings the heat with a subtle hint of fruitiness.

These are also slightly muted by the green bell peppers, allowing you to enjoy the flavors for longer without trailing off into unbearable hotness.

First things first; Dat’l Do It should in no way be considered a hot sauce for those that only like a mild punch of heat.

It uses two chili peppers that rank pretty high on the Scoville scale and both are twelve times spicier than the better-known jalapeno.

This doesn’t mean it’s an unbearably fiery hot sauce, though. We’d put Dat’l Do It in the ‘intermediate section’.

The ketchup base provides a rich flavor and works with the green peppers to dilute the heat a little, but it certainly doesn’t mute it altogether.

Let’s take a closer look at the two peppers that are responsible for bringing the heat, starting with Orange Habanero Peppers. These are native to the Amazonas regions and soon spread throughout Mexico.

They are also very hot and are rated between 100,000 - 350,000 on the Scoville scale, which is comparable to the super-fiery (and more famous) Scotch Bonnet.

The second type of chili pepper that is used to give Dat’l Do It Hot Sauce its heat is the Datil Pepper.

Unless you’re a hot sauce aficionado, there’s a slim chance that you’ll have come across this pepper before but once you’re aware of it, you’ll definitely want to look out for it again!

Datil Peppers have a similar SHU (Scoville Heat Unit) rating as Orange Habanero Peppers, hitting between 100,000 - 300,000. For reference, that’s between 12 and 120 times hotter than a Jalapeno pepper!

While they are hot, they also have a sweet, fruity, tropical flavor that, in the case of Dat'l Do It Hot Sauce, adds a little more richness and works perfectly with the ketchup base.

One of the most interesting things about Dat’l Do It Hot Sauce (aside from its unusual ketchup-based formula) is that it was originally designed to go with seafood.

This becomes apparent when it’s paired with crab, oysters, shrimp, lobster, and almost any other type of seafood as its flavors work perfectly with them. 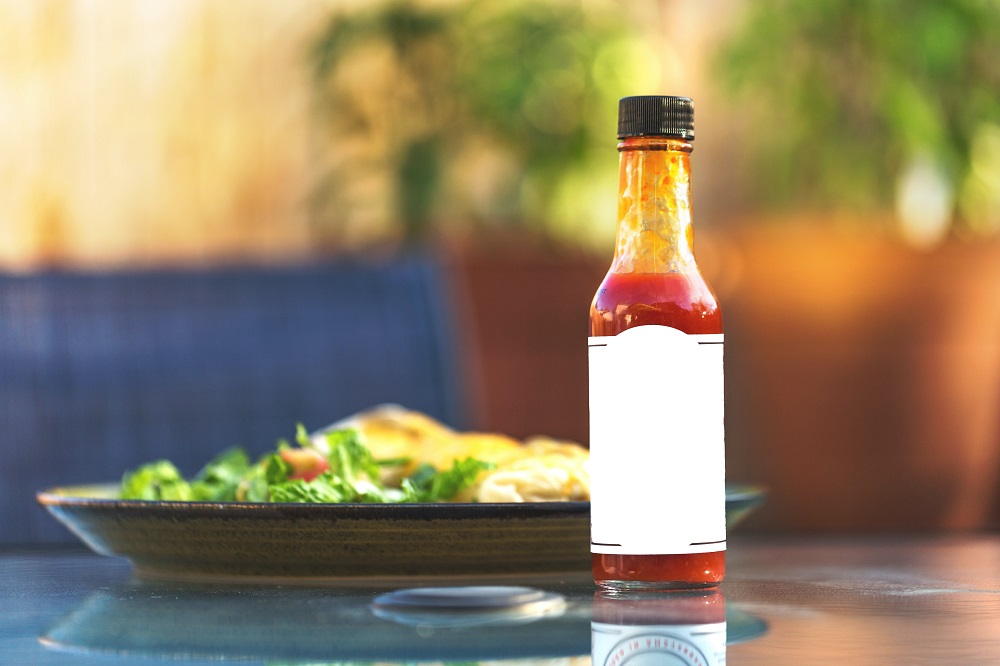 However, just like the sauce itself, it’s worth thinking outside the box from time to time. Think of Dat'l Do It as a spicier replacement for traditional ketchup and you’ll open up a whole new world of culinary possibilities.

Slather it across your sunny side up eggs in the morning for a hotter way to kick start your day.

Dip your French fries into it for a more flavor-packed alternative to ketchup. In fact, pair it with anything salty or crispy and you’re onto a winner.

You can even use it as a marinade for meats that are destined for the grill, and the tomato-based formula will give you excellent burnt-ends.

And, if you’re feeling particularly adventurous, you can even add a couple of tablespoons to homemade pasta sauce.

Of course, if you love hot sauce so much that you feel the need to cover anything you eat with it, there’s nothing to stop you from doing that either!

If you can get past the fact that Dat'l Do It Hot Sauce is tomato-based instead of vinegar-based, there are two things you’ll be amazed by.

The first of these is how many things it can be paired with and used for. The second is how you ever survived without it in the first place!

As we’ve mentioned above, this is a fiery hot sauce that focuses on flavor and heat, rather than simply seeing how far you can push yourself before you’re reaching for a glass of water!

However, this doesn’t mean that it’s weak.

So, if you know you’re only able to handle a little heat, this wouldn’t be the hot sauce for you. Conversely, if you’re a chili fan, we’d recommend adding Dat'l Do It to your hot sauce collection as soon as possible!