If you are a keen gardener, then you will know just how exciting it is to finally get to harvest your crops. It can sometimes take months and months for some plants to grow, so when picking time finally comes around, the excitement can almost be too much.

With many plants, getting the timing right is essential to their growth being successful. So, while you may be tempted to pick them too early, it is always best to hold off and wait until the time is right.

One plant that is particularly difficult to get the timing right for is the banana pepper. Timing is key with this plant if you want your peppers to be perfect. In this guide, we’re telling you all about harvesting banana peppers, including how to tell when the time is right. So, keep on reading if you want to find out more.

What are banana peppers? 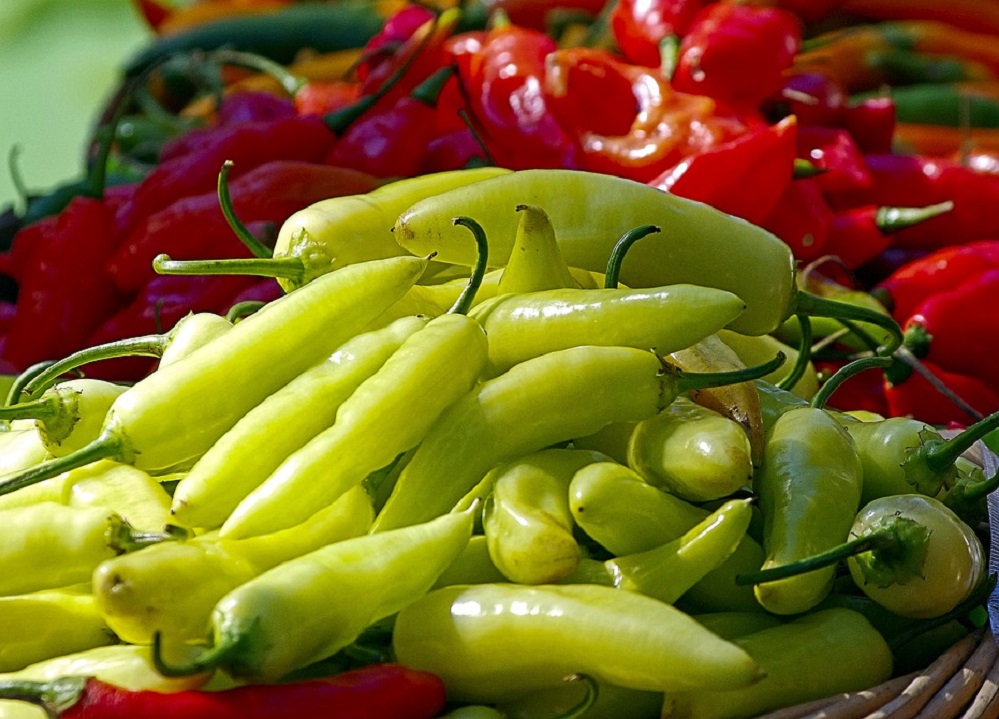 Before we go any further, let’s quickly establish exactly what banana peppers are. As you probably expect, they are a type of pepper, aptly named the banana pepper due to their medium size, yellow color and rounded shape. They look a lot like peppers, but they also look like bananas.

Hence, the name. In most cases, banana peppers will have a mild and tangy taste, and they are commonly pickled, or used raw in other dishes. While they are usually yellow, it is also possible for these peppers. But, there are actually a few different types of banana peppers, let’s take a look at what they are.

The Different Types of Banana Peppers

In order to know when to pick your banana peppers, you first need to determine what type of banana peppers they are. While banana peppers are usually mild in taste, there are actually two different types of this pepper.

One is mild, and sweet as you would expect, the other is a lot spicier. It is important to know what type you are growing, as this will alter your growth goals, which will in turn change the time that is best for harvesting them.

Hot Banana peppers are genetically designed to get hotter as they age. This is why timing is so important with banana peppers, as if you pick them too early, they will not be spicy. So, if your goal is incredibly spicy banana peppers, it is best to delay picking them until they are fully matured and red.

Whereas sweet banana peppers do not require maturing as you want them to be sweet in taste. So, if your goal is sweet banana peppers, you should pick them when they are immature, and still yellow. At this stage, they are sweet while also retaining that classic crunch of a pepper, making them perfect to enjoy in a meal.

When you should Pick Banana Peppers

While it can be quite nerve-racking the first time you do it, the key to picking your banana peppers is to not overthink it. If they look like they are ready to pick, then they generally are. So, trust your instincts, and pick your peppers when you believe they look ready.

How to Pick your Banana Peppers

We’ve spoken a lot about when to pick your banana peppers, but we haven’t actually mentioned how to pick them. If you are a keen gardener, you may already know how to pick them. But, if this is your first time harvesting this plant, then let’s take a look at how you would do this.

Harvesting banana peppers is not a difficult task. But, it can be made difficult if you don’t know what you are doing, and have not been given any advice. So, here are some tips that will make harvesting your peppers easier.

If you choose to harvest your banana peppers using your hands, you should pick them with an upward motion. When picking fruit and vegetables, it can be easy to think you have to be soft and gentle, but banana peppers have very thick stems, so some force is necessary. Take the pepper stem in one hand, and the branch in the other, and pull the pepper upwards. The combined force of holding the stem, and pepper separately, should make picking it easy.

Alternatively, you could use shears. Some people frown upon using gardening tools to harvest plants, but in a lot of ways it is better for your pepper plant if you harvest with these tools. The shears make a much cleaner break, ensuring that the plant does not become damaged, and that it will be able to grow banana plants again in the future.

Yes! Your banana pepper plant can continue producing, even once you harvest the peppers. In fact, if you live in a warm climate, then you might be able to get up to 3 harvests of banana peppers throughout the summer months. But, it is not guaranteed.

Banana pepper plants are designed to keep on producing as soon as one load of peppers have been harvested, however whether this will be successful, or not, depends on your situation. If you missed the first load of banana peppers until they were ripe, then this might mean that your plant will not know to produce anymore.

The plant will only begin producing new banana peppers once the original ones have been picked. So, you should check your banana pepper plants regularly during the warm months if you want to try to have multiple harvests during this time.