Growing peppers can be a rewarding and enjoyable experience, but only if you do it right so that your plants thrive and put out as many buds as possible. The number one mistake that many people make when growing peppers is the spacing between them.

When growing any plant, they need enough space to spread their roots and get all of the nutrients from the soil that they need. However, the spacing for each plant is different. For example, some may only need a few inches, such as carrots, while others need several feet between them, like squash. 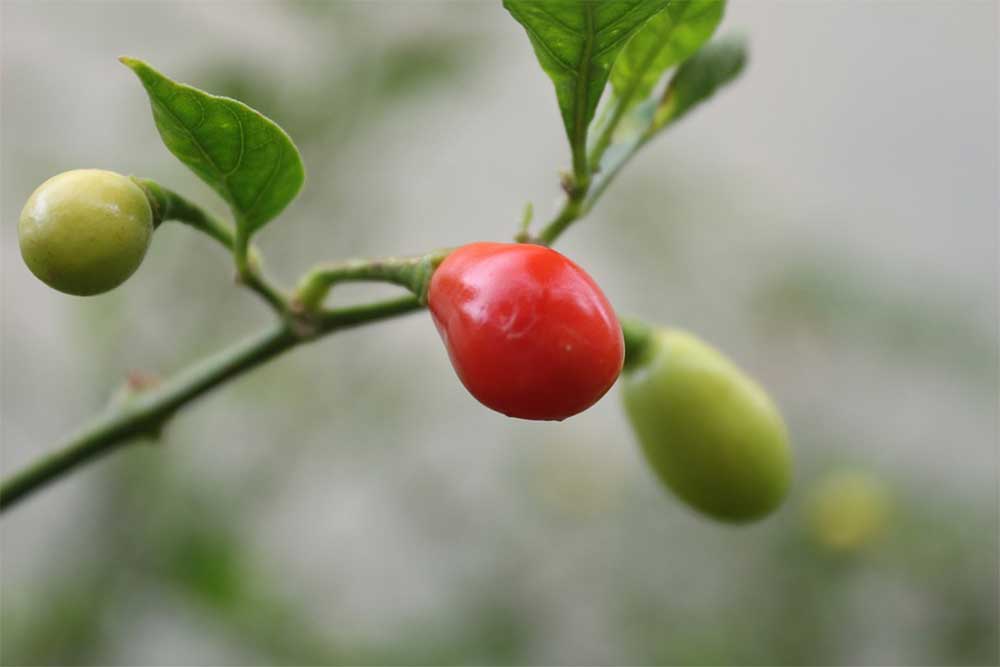 Focusing on peppers, the spacing will depend on what type of variety you’re using. There are several different popular varieties of peppers that you might be working with, so in this article, we have covered all bases.

While we have striven to include the most popular types of peppers, we will have undoubtedly missed a few. So, bear in mind that the larger the pepper, the more space they will need.

If you can’t wait for the answer, peppers should generally be planted between 12 and 18 inches apart. For larger peppers; however, this number should be increased. Without further ado, let’s get into the article so that you can get to growing your fresh peppers!

This sounds obvious, but the answer to your question is quite often right under your nose! The spacing between each plant should be written on the back of the seed packaging, so read this first.

With that in mind, the answer on the back of the packet can be easily misunderstood. This is because the number on the packet will often detail the diameter needed around the plant. Many people think that this number is actually detailing the space between each plant stem.

For example, your package might suggest 12-inch spacing. This means that each plant can be spaced apart 6 inches so that the diameter all the way around the stem is 12 inches. You do not need to plant the stems 12 inches apart on each side.

While you can do the latter, you will be wasting your gardening space and minimizing how many peppers you get each growing season. However, some people prefer a wider space between each plant for easier gardening and harvesting.

From now on we will be recommending spacing between each stem of the plants rather than the diameter.

All pepper plants will need slightly different spacing because they have varying growth patterns. While some will grow upwards, others will only grow outwards. The leaves will be of different sizes as well as the roots.

Peppers grown from seeds generally won’t reach higher than 3 feet in height, but a few might be slightly taller. Most will be shorter though.

Most varieties of peppers will need between 12 and 18 inches of space between plants, from stem to stem. This is enough space for the plants to grow independently without stealing space of nutrients from neighboring plants.

Pepper plants self-pollinate, so you can plant them as far apart as you want. However, make sure that you don’t plant them closer to one another than 12 inches so that they don’t steal light or root space.

Bell peppers are a large variety of pepper, and they’re also very popular. As the pepper grows large, the plant will also grow larger than average. You can see this in the broad leaves and tall stems, sometimes reaching up to 3 feet.

Bell pepper plants might be tall but they tend to remain quite slim. Still, we recommend that you space bell peppers 18 inches apart, stem to stem. The plant might be slender above the soil, but the roots can spread out widely.

Don’t space bell peppers much further than 18 inches apart, as neighboring plants can help shade the leaves slightly and prevent them from getting burned in the bright sun.

Jalapeno peppers are another popular plant to grow, despite the fact that they are very different from bell peppers. Jalapenos are much smaller than bell peppers and therefore the plants won’t grow as large as the bell pepper plant.

It’s recommended that you space jalapeno peppers between 12 and 18 inches apart, depending on how much space you have. They can be spaced further apart, but this is the optimal spacing for excellent growth and pepper yield.

Jalapeno peppers are in the Capsicum annuum family, which is the same species as banana peppers, bells, poblanos, serranos, as well as many clothes. These plants tend to grow compactly as they get older, so 12 inches of space will suffice.

Habanero peppers should be spaced between 18 and 24 inches apart so that you can offer them better care and harvest them easier. Incredibly spicy peppers should be handled with care, and spacing them too close together might cause you to get hurt from the juices.

Moreover, habanero pepper plants can grow even taller than 5 feet in just one season, so they need lots of space!

At the same time; however, spacing your habanero plants closer together will help them protect each other by shading the soil below. This prevents weeds from growing and ruining your yield.

What To Plant Near Your Pepper Plants

Plant companions can make or break your gardening space. Planting some vegetables close to each other can help aid their growth, but it can also hinder the growth of some. Planting two opposing plants near each other can even kill them!

Basil is one of the best herbs to use in the kitchen. There are so many different varieties to plant in your garden and they don’t need much space to grow at all. The unique flavor can take your dish from good to great!

Basil is also a great companion plant for tomatoes, so basil is a great crop to put in your garden.

Speaking of tomatoes, these are also a good companion plant for your peppers. Some gardeners do dispute this decision, but we haven’t had any troubles as of yet. Rotate your tomato positioning every year to prevent any pathogen issues from arising.

Planting peppers, tomatoes, and basil can give you the best garden going!

Garlic is a very easy plant to grow, and you can do so from a fresh bulb from the supermarket. Garlic is one of the best flavors in the kitchen, and it can also aid your garden enormously. Garlic is a good companion plant for most crops, so get planting.

Chives is another easy-to-grow herb and can be planted near your pepper plants to make them thrive every growing period. Chives don’t grow too tall so they won’t steal all of the light from your peppers. Plus, the scent can deter some flies from ruining your yield.

Finally, rosemary can be the ideal companion for your peppers. They’ll help the peppers thrive thanks to retaining water in the soil so that the roots don’t dry out too quickly.

We hope that you’ve learned something valuable about how to plant your peppers. Use some gardening intuition to determine the final say, but hopefully, our guide has given you a good starting point. Remember, the larger your pepper plant the more space you’ll need between each one.