If you need hot sauce recommendations, you’re in the right place. We put that stuff on everything! This review will take a look at Secret Aardvark Habanero Hot sauce, and whether it is worth trying or not.

So, why is it called Secret Aardvark, I hear you ask? Well, Scott Moritz and his friends grew up in Delmar California, where a local newspaper sent out a flyer filled with ways to identify a gang. 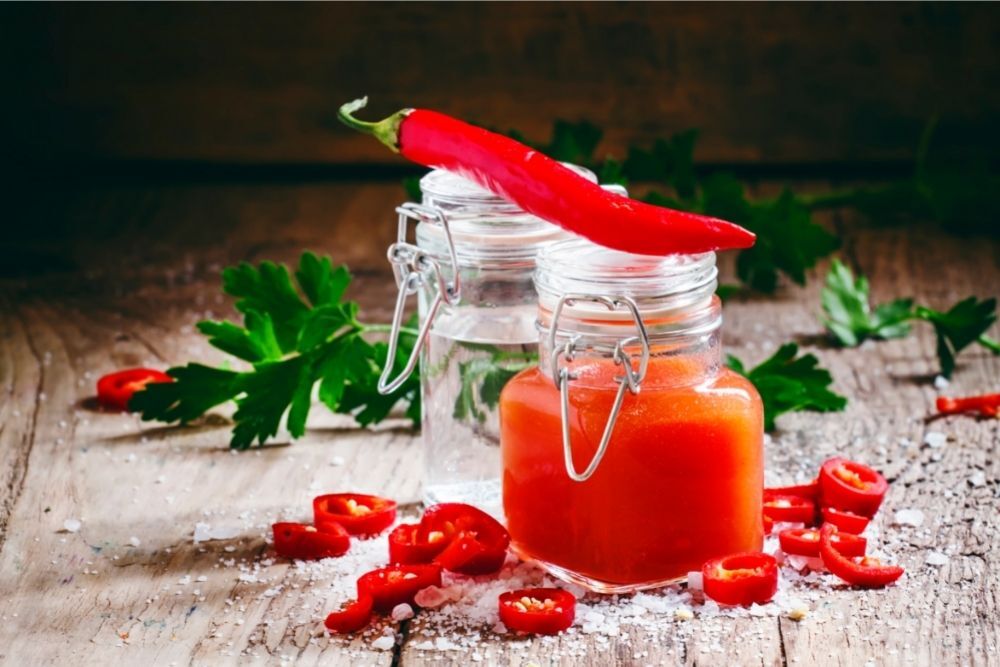 Scott and his friends reveled in how silly the flyer was, and instead filled it out and sent it in, claiming to be an angry gang of youths. The name they chose? The Secret Aardvarks.

This story and name lay dormant for years, but when it came to choosing a name for the brand, Scott knew exactly what it would be.

The brand now has 4 different types of hot sauce, with the Habanero Hot Sauce being the number one favorite. This is considered the spiciest of the range, and goes with everything!

So, without further ado, let’s take a look at whether this hot sauce fires us up.

If you are looking for the perfect Habanero hot sauce with a zingy flavor and a burst of tomato spiciness, then the Secret Aardvark has got you covered.

Secret Aardvark Habanero Hot Sauce offers exceptional flavor, perfect for chicken and burgers, or drizzling on top of your favorite pasta dish and pizzas. Trust us on this one, you will be reaching for this hot sauce for every meal.

Really. Whatever the meal, you can pair it with this hot sauce for a zingy flavor and delicious, mouth watering heat.

The great thing about this sauce is that it does not have as much salt as other grocery store versions.

This sauce has about 1% of your recommended daily intake of salt per teaspoon, whereas other popular hot sauces bring 8 times this much salt to the table.

Therefore, this hot sauce packs in all of the flavor, but with much less salt intake. It is made with fresh, roasted tomatoes and Habanero peppers for a truly rich and yummy flavor.

You have the heat of the Habaneros mixed in with herbs, garlic and Caribbean spices along with a taste of the tomatoes for what feels like a fancy Habanero ketchup. This really is ‘not your usual Hot Sauce’!

So, we know that the Secret Aardvark Habanero sauce is a hot sauce. So how hot actually is it? Well, we can take a look at the Scoville Rating to see how it compares to other hot sauces.

We like to think of ourselves as hot sauce experts, because, well, we will cover our food with it, and put it on anything.

Trying hot sauce straight from the spoon is the best way to tell how hot it is, and when we put this hot sauce to the test, we rated it as about a 6/10 in terms of hotness.

The Secret Aardvark Hot Sauce actually lands on 5,000 SHUs on the Scoville Scale, similar to a Chipotle sauce or a Tabasco sauce.

In the same way as these types of sauces, this one is perfect for dipping or drizzling on a vast variety of different foods due to its unique and tasty flavor, rather than its spiciness.

What is the consistency of Secret Aardvark Hot Sauce like?

The Secret Aardvark hot sauce comes in an easy to use squeeze bottle, with a large opening, so you get a good dollop of sauce. It has a really good consistency, where it feels just right.

This is because the sauce is not too thick that you cannot drizzle it, but it is not thin and watery.

The consistency of this habanero sauce is similar to ketchup, but not as smooth as you can really see those peppers and tomatoes that make up the delicious flavor.

How much does Secret Aardvark Hot Sauce cost?

The great thing about Secret Aardvark Habanero Hot Sauce is that it is flavorful, yet affordable. You really get more bang for your buck with this sauce than others.

Typically speaking, you can pick up this hot sauce for about $8 per 8 oz bottle. Therefore, you are spending about $1 per ounce of hot sauce, which is not too bad.

What is even better is that Secret Aardvark is all about the quality. The main ingredient is tomatoes, instead of water or vinegar that you may find in cheaper sauces.

This means that the flavor is much stronger, and you are not paying for ingredients that just fill out the formula!

If you like a little bit of spice, and you are looking for a new hot sauce to try, then the Secret Aardvark should definitely be on your list!

This sauce is affordable, comes in a large bottle and brings a lot of flavor and heat simultaneously.

If you want a hot Habanero sauce that feels like a spicy, rich kind of ketchup, then you have to try the Secret Aardvark Hot Sauce!