When European explorers went off to find new worlds in the fifteenth and sixteenth century, they bought a lot of things back with them. Foods and spices that had never been seen before landed on the shores of Europe, to be adopted to fit local cuisines.

One of these new foods: the pepper.

Over many years, friggitello peppers have been cultivated from the capsicum annuum to become those we know today. Sweet without the heat, friggitello has become a staple of Italian cooking. 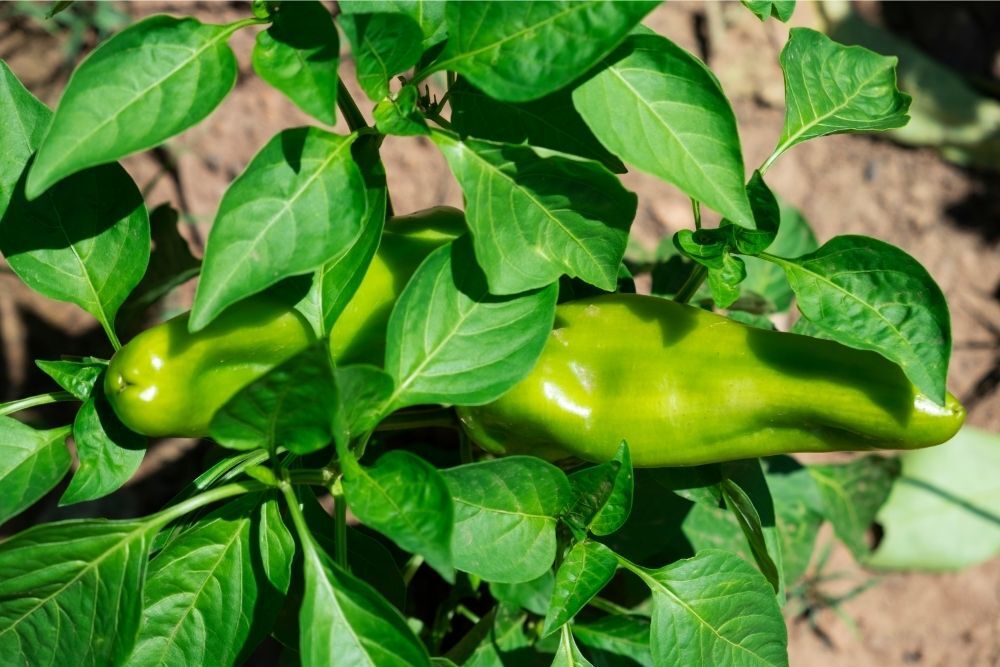 Friggitello peppers are pretty popular across the world, and you may have found yourself enjoying the pickled variety on a pizza or sandwich at some point. Friggitelli, as they are known in plural, are sweet and refreshing.

While they can be eaten fresh, (and often are!) they’re popular pickled. In America, they can be found under the name pepperoncini - but not peperoncini, which is hot and spicy.

That extra ‘p’ makes all the difference.

So it’s important to know which is which, before you risk steam coming out of your ears.

The friggitello pepper is elongated and conical, with a blunt taper and a slight indent. They can be from 2 to 5 inches in length.

The skin is waxy, with fold and furrows rather than a smooth plain. They aren’t very wide, especially compared to their cousin the bell pepper, and are only about 1 inch across.

Friggitello peppers come in shades of green, yellow, and red - but they’re most commonly seen green.

The green friggitelli is young, and as it matures the skin begins to change to a vibrant red. The red peppers have a slightly sweeter flavoring, which is why the green is used for pickling.

Past the thin skin and crunchy flesh, the inside of the friggitelli is a large cavity. Filled with pale, round, flat seeds, these can be used to grow a friggitello plant.

Once the seeds have germinated, the plant can reach maturity in just 70 days.

Friggitello has a mild sweet taste, with a hint of bitterness. As they mature, the flesh becomes sweeter, overtaking any bitterness and gaining some heat.

Friggitello has an adaptable flavoring that fits with the other popular ingredients of Italian cuisine.

Where is friggitello on the Scoville scale?

Right down at the bottom! In fact, some friggitelli have no heat at all. Friggitello peppers are normally found between 100-500 SHU, with the more mature peppers having the most heat.

To understand what that means for your mouth, compare the friggitello to other peppers from the same family.

The bell pepper is a zero on the Scoville scale, meaning that there’s no heat to it at all. The jalapeño, on the other hand, is somewhere from 3,500 - 5,000 SHU. This is why jalapeños are used to add heat, where friggitello is fried and eaten whole.

How to cook with friggitello

Friggitello is an Italian pepper, so you’ll most often find it used in Italian cuisine. There are also Greek varieties, so look for recipes that pair the sweet pepper with the salty taste of feta cheese.

In Italy, these peppers are known as ‘frying peppers’, and this describes one of the most popular ways to cook with them. Fried with a little garlic and a heavy splash of olive oil, they become the perfect topping for bruschetta.

There are a wide variety of ways to cook with friggitello, including grilling and roasting. Friggitelli can be found in soups and stews, barbecued onto kebabs, or used as toppings for pizza. They can even be enjoyed raw, and taste wonderful in a crisp, fresh salad.

While they aren’t as large as other pepper varieties, they can still be stuffed, and work with both meat and vegetarian fillings.

One thing to remember is that there isn’t much heat to a friggitello pepper. If you want a pepper that will add spice to a sauce, you’re best off using something else.

Perhaps the most common way to enjoy friggitello is pickled. The slight bitterness, delicate sweet flavoring, and very mild heat work perfectly with a pickle brine. These varieties can be used in sandwiches, topping pizzas, or with Italian antipasti. Otherwise, eat them straight from the jar!

While pepperoncini is commonly used to refer to pickled friggitelli in North America, this term can encompass a few different varieties.

The banana pepper is another variety of capsicum annuum, and one that commonly gets mistaken for friggitello due to the physical similarities and usage. Banana peppers are mild and sweet, and can be eaten fresh, but are often pickled. They’re typically bright yellow, hence the name, but can be found in green and red varieties as well.

Similar in size and appearance to the banana pepper, the Hungarian wax pepper is slightly hotter. These peppers have a wide Scoville range, and can be anywhere from 1,000 SHU to 15,000 SHU. These can also be pickled, if you like a bit more heat with your tang.

Another old, Italian pepper, these are associated with the Northern Lombardy region. These are mild like the friggitello, and often preserved with pickling as well

What are peperoncino peppers?

Peperoncino is a bit of a confusing term. In America, pepperoncini refers to mild pickled peppers. This can encompass a few different varieties, including friggitello.

In Italy, peperoncinis is a generic term for hot chili peppers, not including the mild friggitello.

How do you pickle friggitello peppers?

Friggitello peppers are easy to pickle, taste fantastic, last a long time, and are adaptable! Try making your own and create something that’s as tasty to snack on as they are to cook with!

1. Look for peppers that aren’t ripe yet. These slightly unripe peppers are the best for pickling, as they haven’t yet developed a particularly sweet flavoring. However, if you can’t find them, any friggitelli will do!

2. Lightly pierce the peppers with a fork. This simply gives an opportunity for the pickling liquid to fully infuse.

3. Add the whole peppers to a sterilized glass jar.

4. Create the brine. Boil 2 cups of water with 2 cups of apple cider vinegar or white vinegar, and 2 tablespoons of kosher salt. This will cover roughly 4 cups of peppers.

5. When the mixture has reached a boil, pour it into the jar, over the peppers.

6. Add 3 cloves of garlic and ½ tablespoon of black peppercorns.

7. Seal the lid, let the jar cool slightly, and place in the refrigerator. In a few days, they’re ready to eat!

Can you grow your own friggitello?

Yes! Friggitello are easy to grow from seed, but they enjoy warm climates and rich soil. A single plant can produce many fruits, enough to weigh the plant down, so they’re great for home growers.