Peppers - some people love them, some people hate them. One thing’s for sure though. These colorful fruits come in a wide range of sizes and shapes. As such, they can sometimes be challenging to harvest since it can be hard to know when they are ready. So, you may be wondering exactly how you can see when your peppers are ready for eating?

Thankfully, you don’t need to guess. In this article, we’re going to dive into everything that you need to know about harvesting peppers, so you never need to worry about accidentally eating unripe peppers again! 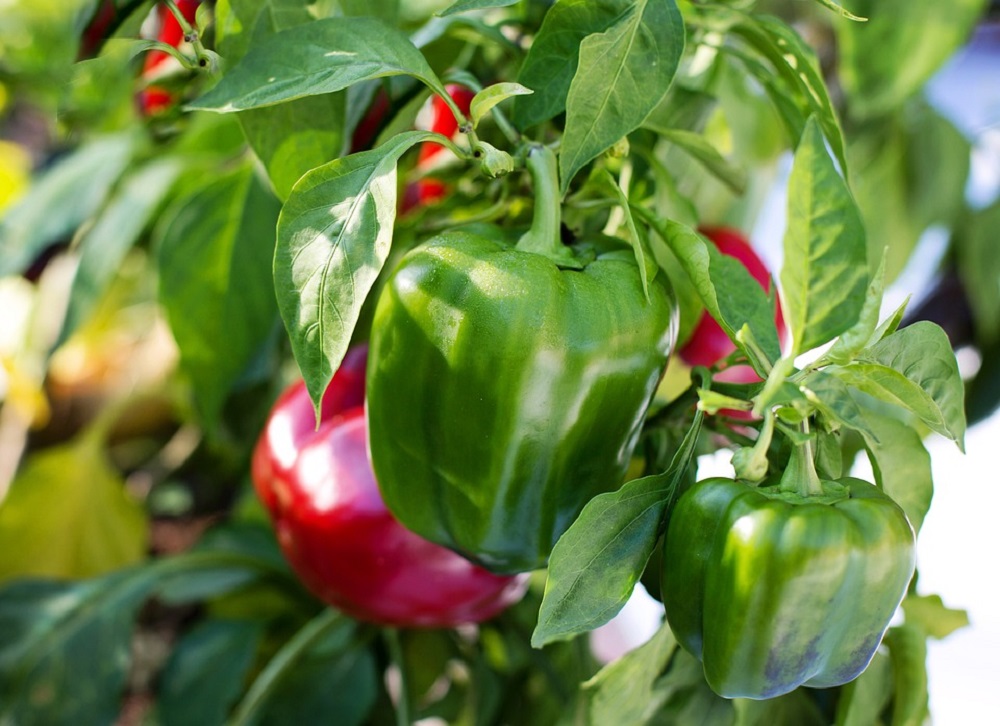 How To Tell When Peppers are Ripe

For instance, if the pepper is spicy and hot then you will find that it takes a little longer for it to become ripe. If the pepper is sweet, on the other hand, it will ripen much faster. It’s always best to look at the seed packet as this will give you a rough estimate of how long it will take for the peppers to mature.

If you want to know if your peppers are ready for harvesting, you should check the color. You will find that the vast majority of peppers will change colors as they begin to ripen. Let’s take bell peppers for instance.

Your little bell peppers in the garden will start out at a green sort of color. When they grow a little more, they will start to become redder in color. They’re basically like ripe green peppers. Pretty neat huh? It’s best not to confuse the two, however!

You may want to pick your peppers as soon as possible, even before they change color. It’s important to mention that you can technically do this, since a pepper will always be edible no matter what growth stage it is in.

The one thing that will differ though is the taste of the pepper. If you want to have a sweeter pepper then it’s better to allow the pepper to ripen for longer, especially since peppers can be rather bitter if you pick them before they have ripened.

As a guideline, it’s usually better to let the peppers grow to their full capacity before you try to harvest them. You may be a little excited - that’s okay! Maybe just pick a couple of peppers rather than the whole bunch.

This will allow you to select whichever kind of pepper you would rather eat. Not only that, but if you are growing spicy peppers they will be even hotter if you allow them to grow for longer.

If you put the peppers under just the right growing conditions, you will be happy to know that the vast majority of peppers can be ready to eat after a mere 90 to 150+ days. Of course, certain varieties like ghost peppers or habaneros will take longer to grow to maturity since they’re super hot peppers. In general though, you can harvest a bell pepper or a jalapeno after a rather short amount of time.

Okay, so what if you were growing your plants indoors? Well, you will have a lot more peppers if you do this but they can sometimes take a little longer to reach full maturity. This is thanks to the fact that the leaves will grow more in the early months. Your pepper plant isn’t going to start producing fruit until the plant reaches maturity.

Of course, sometimes your pepper fruits may begin to look ready. If this is the case, you should think about the time they were planted. Usually, if it seems a little too early for them to be ready, the chances are that they aren’t ready for harvest. These things take time - it’s always better to have patience than to harvest them too early.

Timing is a pretty important thing to consider when it’s time for the growing season to end, however. It’s a bad idea to allow the peppers to stay overnight if there may be a frost coming. Before the frost comes, harvest any peppers that are remaining. If you’re in the US, the frost usually comes in October.

You can also tell if a pepper is ripe by seeing if it has corking on the skin. This is essentially little white lines and markings that may appear on the flesh of the pepper. It usually tends to occur if the skin of the pepper is growing at a slower rate than the flesh inside, which can cause the fruit to tear. It’s a sign that the skin is healing.

When Should I Harvest My Peppers? - Based on Variety

Harvesting peppers can be challenging since they all grow at different rates. As such, we’ve created a few guidelines that you can follow. It’s best to look at some of the basic ripening principles when harvesting your peppers. These include color changes, flesh becoming softer, growth stopping, corking and the peppers will likely be easier to pick.

If you follow these guidelines, you will find it a lot easier to tell when the pepper is ready for picking. It is worth pointing out, however, that you’ll need to wait for the peppers to totally mature if you wish to use the pepper seeds in the future.

Here are a couple of things to know about when you should be picking your peppers, based on a few of the key types.

When you think of peppers, the likelihood is that it’s bell peppers that come to mind. These are grown the most often, but unfortunately it’s harder to know when they are ready to be harvested. This is in part because bell peppers are often eaten at the green stage, and they usually haven’t changed color at this point.

It’s important to note that a green bell pepper is usually one that hasn’t completely ripened yet. There’s nothing stopping you from picking them and eating them at this point, but the taste certainly won’t be the same.

It’s always best to wait a couple of weeks before you pick them, as you will get much sweeter and more delicious bell peppers by doing this. You can also get bell peppers in a range of other colors, such as purple, orange and yellow.

So when should you be harvesting your bell peppers? Usually, it’s best to harvest them at the point when they stop getting bigger. In a best case scenario it’s usually best to wait until they begin to change color. Red bell peppers are bright in color and taste super sweet too, not to mention they have plenty of vitamin A!

When Should I Pick My Jalapenos?

Jalapenos are very enjoyable to grow! You can have multiple harvests every year, and they aren’t difficult to grow either.

It’s worth mentioning that jalapenos can actually change color when they are ripe. You will usually find green jalapenos in most supermarkets, but you can grow your own that will be bright red if you leave them to ripen.

Why would you wait for it to ripen? Well, a red jalapeno is much spicier and sweeter than a green one. Not to mention they usually taste better too. A pepper will start off green, and then will gradually turn from black to bright red in color. They are softer and sweeter as they gradually ripen.

In short, it’s usually best to wait for them to become mature before you pick them. Sure, you can harvest them while they are green, but they’ll taste better if you wait. It really is worth it!

When Should I Pick Habaneros?

It’s simple to pick habaneros. They become bright orange when they are ready to be picked. Do not pick them before this. The smell and flavor gets a lot better at this point too.

The color changes aren’t the easiest to notice in habaneros. They begin a green color, then they become pale or bright orange when it’s time to harvest them. Of course, it’s possible to pick them while they are still green, but you aren’t going to get that same great flavor and heat if you don’t wait a while.

Don’t pick these peppers excessively early. Use your common sense - if it seems too early, leave it alone. Only pick them when they become bright orange.

When Should I harvest Cayenne Peppers?

These are some seriously spicy peppers! You can usually tell when they are ripe because they’ll become a bright red color. If your peppers are this color, it’s time to pick them! You aren’t going to get that rich heat if you pick them too early.

Harvesting peppers from your own yard is a rewarding experience, but it can take a while to know what you’re doing. Hopefully our article can give you the confidence of knowing when to pick your peppers!