A quick internet search will show you countless pages of people trying something called ‘The End Hot Sauce Challenge’, which is essentially people trying The End hot sauce for the first time.

At the risk of wasting too much of your day on challenge videos, some of the results are priceless. People often underestimate hot sauce and think that it can’t be that bad, they’ve had spicy food before! 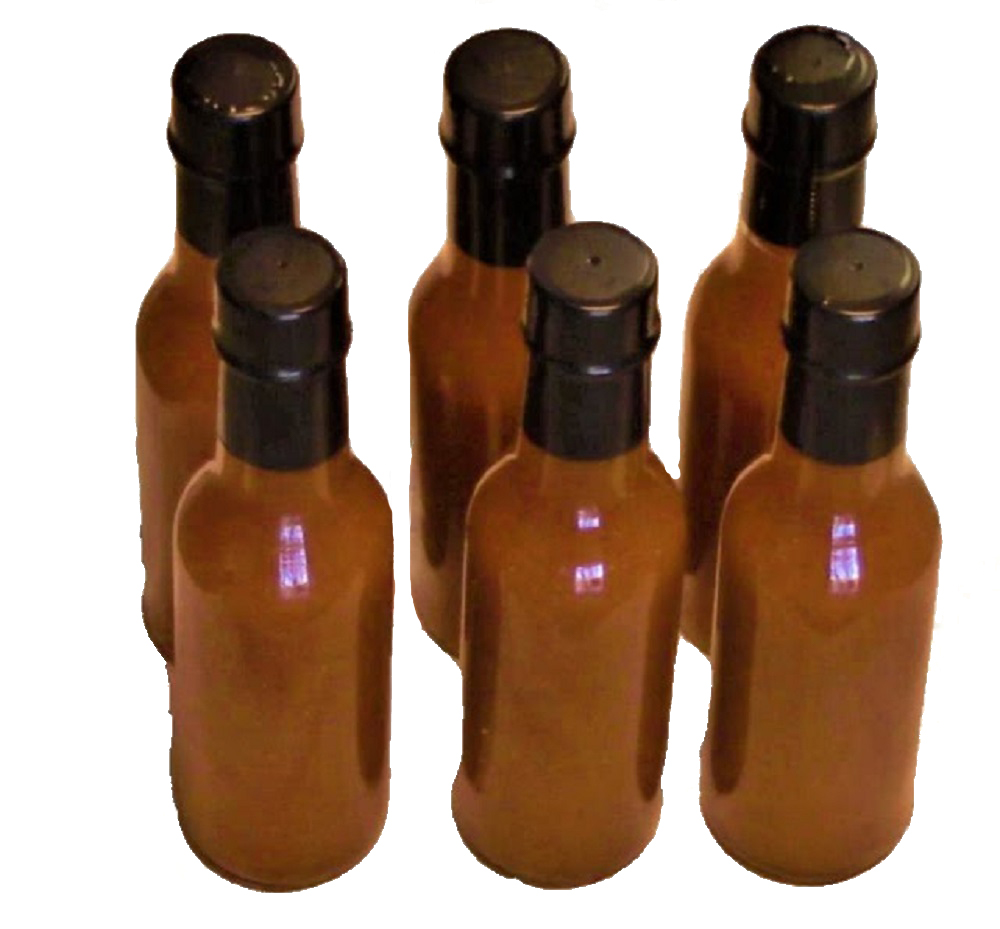 If you’re thinking of purchasing The End hot sauce, we recommend you check these videos out. Even if it’s just for a laugh before you try it for yourself. It might make you more prepared!

Today we’ll be reviewing The End hot sauce in a bid to help you decide whether it’s a good option for you.

Is The End Hot Sauce Any Good?

As a whole, we’d definitely recommend The End hot sauce to anyone who enjoys a strong kick with their meals as well as an enjoyable flavor from their hot sauce.

The End has been marketed to make you think that it is the spiciest hot sauce in the world. Even the name ‘The End’ makes you think that you’re about to meet your maker.

Reading the description, you might be put off from even thinking about trying the hot sauce:

“The searing pain felt across your tongue brings tears to your eyes. You cry out for water. The panic sets in. How do I make it stop?!? Why did I do that? I should have listened to the warnings! You swear never again! 5 minutes, 10 minutes, 30 minutes later… The End hasn’t ended. (The End still isn’t here.) R.I.P. My taste buds.”

We’ve reviewed The End in terms of three factors to help you determine if you’re brave enough.

This short but sweet ingredients list leaves a lot to the imagination when it comes to the flavor of this hot sauce.

When it comes to hot sauces, there tend to be two categories that manufacturers choose from. First is a hot sauce that is not only spicy but also flavorful. The second is just spice without flavor.

The latter tends to be hotter and you won’t get much more from it than a burning tongue. Some prefer a more flavorful sauce while others just want the strong spice kick.

The End hot sauce contains two types of pepper, which is pretty much the extent of the flavor.

However, there is salt and vinegar within the sauce which will help to flavor your food slightly, if you can still taste it after The End meets your lips.

Xanthan gum is used within The End hot sauce thicker and more enjoyable when it comes to consistency.

This hot sauce is quite thick so you know exactly how much you’re adding to your meals and sauces.

We liked this fact as it is one of the hotter sauces that we’ve tried, if it was thinner it would be easier to add too much and essentially ruin your dish.

While you might like a super hot spice level, you won’t want to add too many drops of this hot sauce to each meal.

The thicker consistency also allows you to use the hot sauce without wasting it. We also liked this fact as it is quite expensive for a small bottle of sauce.

The Scoville level has been used to slightly oversell The End hot sauce, with it being marketed at 6,000,000 SHU. This would make the sauce insanely spicy for anyone to eat.

To put this into perspective, the hottest pepper in the world (Carolina Reaper) is only 2 million SHU.

No wonder The End challenge is so popular and there are so many people sweating profusely after trying just one drop of the sauce!

However, this is not exactly correct information. Instead, the extract used to make The End hot sauce is 6 million SHU. But with the rest of the ingredients diluting the flavor, you might not experience this level of spiciness when using it.

Instead, some buyers are saying that this hot sauce is similar to Da Bomb Beyond Insanity, which is around 200,000 SHU. This is still incredibly spicy, but nowhere near what the manufacturer has been marketing it as.

So, take the SHU rating with a pinch of salt when it comes to The End. It might not be as spicy as you’re expecting.

With that being said, The End challenges can’t all be wrong, and people are still reacting wildly to the spice level. We think that it is still one of the hottest sauces we’ve tried, indicating that spicy lovers will not be disappointed with their purchase.

Where To Buy The End Hot Sauce

It turns out that The End is one of the more difficult hot sauces to get your hands on, with there only being one place online that we can find it for purchase.

This is from Pepper Palace, which is the original manufacturer of the hot sauce.

You can’t even find it on Amazon or eBay! This is quite disappointing as you won’t be able to find it at a lower cost, so you’ll be paying quite a bit for a small bottle of hot sauce. Pepper Palace is offering a 1.77 fluid ounce bottle of The End for $28.

Is The End Hot Sauce Worth It?

Overall, we think that The End hot sauce is worth it if you enjoy extreme spiciness in your meals.

However, don’t be expecting a 6 million SHU sauce. Sure, it’s incredibly spicy, but we think that is more of a marketing ploy.

The price point is high for this hot sauce, so you’ll want to make sure that it’s going to be worthwhile. We wish that there was more flavor to The End rather than just spiciness, although we do enjoy the ideal consistency.