Once more, the world of hot sauce has graced humanity with an all new ‘Last Dab hot sauce’ thanks to Hot Ones.

Contents show
1 How we feel about it
2 The last dab apollo: Flavor and Review
3 Thinking about the Apollo Pepper
4 The Scoville Rating
5 What about the consistency?
6 Where can I buy it?
7 Overall

This one has been dubbed ‘The Last Dab Apollo’ Owed to the all new pepper variety that is used in this sauce.

The Apollo pepper is an allusive and mysterious new variety of pepper that is bred by ‘Smokin’ Ed Currie’. Ed has been involved with several of the newest Last Dab sauces, and is about as famed as they come in the hot pepper world. 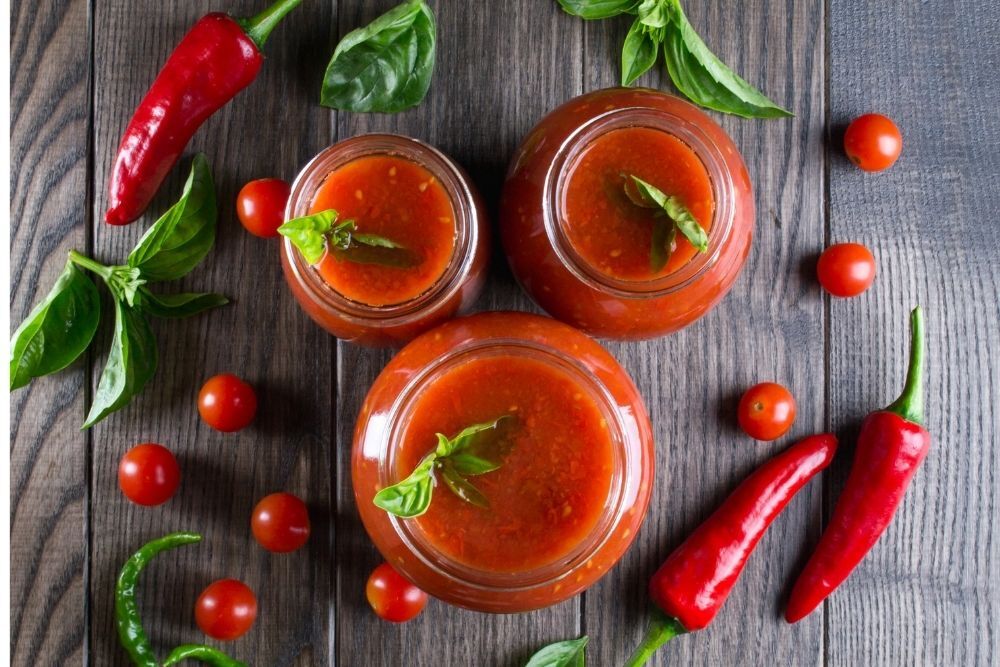 Ed Currie is known very well for creating the Carolina Reaper pepper, which is officially recognized as the world's hottest pepper.

Although, there are still some debates about it having that title. He also created the ‘Pepper X’ pepper, which is the main heat source of the ‘Last Dab Triple X’ hot sauce.

Which was seriously hot, however, not as ‘burn your face off’  as the original Reaper edition.

It has been rumored that the Apollo may actually be too spicy for the celebs on ‘Hot Ones’ to endure, this is exciting news for everyone in the pepper community.

So, what is it like? Should you get it? And, what can you expect if you do try the ‘Last Dab Apollo’ hot sauce?

How we feel about it

So, what can you expect? Well, we had a few thoughts about this. We have given it a heat rating, flavor rating, value, and an overall rating too, so you can get an idea.

Heat: 10/10. This sauce is definitely top dog. It is the spiciest of non-extract sauces! Hot stuff!

Flavor: 6/10. Although it is nice, it is nothing groundbreaking, it is just peppers and vinegar in terms of flavor. Nice, but not outstanding.

Value: 4/10. While it is an exclusive pepper, the price is a bit off-putting, so it has its downfall here.

Overall: 6/10. If you are big on chilies then this is for you, however, if you are more about the flavor, then perhaps try out something else.

Before we get into the nitty-gritty, we have to mention that ‘The Last Dab Apollo’ deviates from the previous Last Dab sauces. It is a hot sauce that is primarily made up of two major ingredients; peppers, and vinegar.

Although, there are technically four ingredients, 3 of those are derived from the Apollo pepper, so we say two, not four.

The result of this is a pretty flat flavor, with a lot of powerful heat, and not much else going on. It is not a bad sauce, it is just not for everyone.

Some people will use a hot sauce to add some heat into meals without changing the flavor. This is probably a good shout for that purpose.

However, if you wanted to do this, you would probably be better off growing fresh peppers yourself, and then using them. It will be much more rewarding.

In terms of flavor it has savory pepper, and is super hot, yet not too floral. You can use it to make anything crazy spicy, or to upset your friends, by mixing it in with random stuff.

All that being said, the sauce has an intriguing aroma. It smells savory with a hint of carrots, almost like a unique vegetable stew.

Although, given its very limited list of ingredients, this can only really be attributed to the Apollo pepper itself, and nothing else.

The Apollo Pepper Distillate that is listed in the ingredients is made using Carbon Dioxide extraction. This process is kind of similar to how high-end retailers produce essential oils.

Although, we are not really certain that this can be considered as an extract though.

If you need something that is savory, fiery, and does not go messing about with herbs and spices, then the Last Dab Apollo might be right for you. Just expect your food to be crazy spicy.

Thinking about the Apollo Pepper

Smokin’ Ed is non-stop experimenting with new pepper crosses, so naturally, the Apollo pepper has been born from this practice.

The Apollo pepper has been rumored to have been created as a cross-breed of the Carolina Reaper and the Pepper X pepper plants.

As we are sure you know, these are both intensely hot spicy peppers, although no one has actually been able to taste Pepper X as a raw pepper.

The name of this pepper presumably comes from the Greek God, Apollo, who is known as the God of the sun. The sun is hot, and this pepper is hot, hey presto, it all makes sense now.

Then again, it could also have something to do with the NASA Apollo space missions. So, this sauce could even be secretly powered by rockets, who knows… although, that does sound a bit far-fetched. 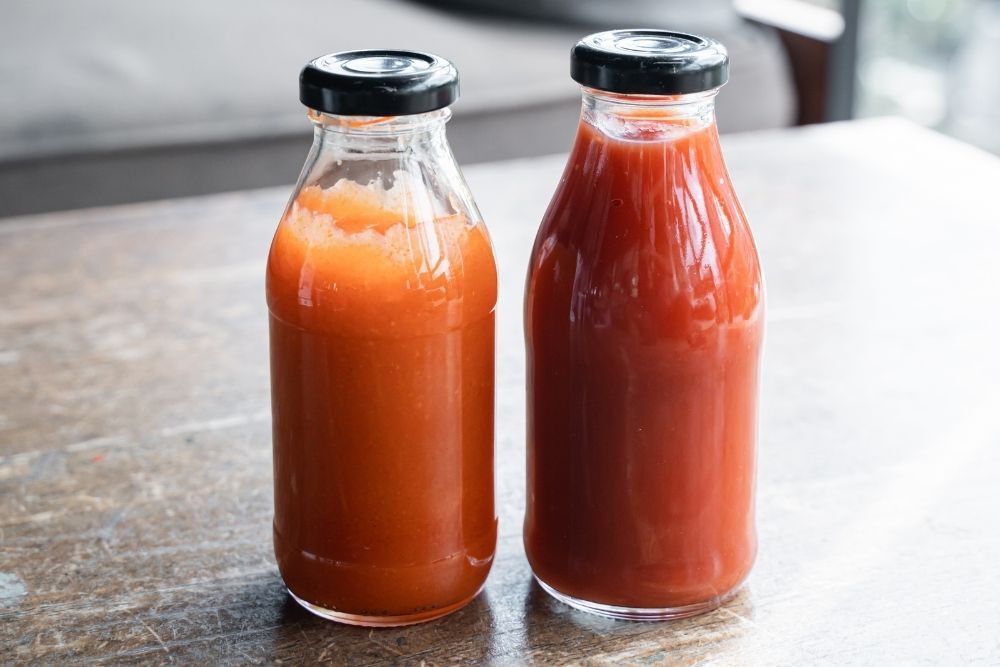 The Carolina Reaper, and Pepper X are the pepper parents of this unique pepper, so you can expect this pepper to be insanely hot and spicy.

Although, the exact Scoville rating for it is still to be announced. What we can do is give you our best guess on where it would fall, based on the previous Last Dab Scoville ratings, and the origin/ parents of the Apollo pepper.

We would put the Last Dab Apollo on the scale of having a rating of around 2.5 million or more SHU's, as we say this is just a guess, we cannot confirm anything yet.

After you taste this, you could not be surprised to see it fall around this area. However, many geeks in the pepper world have agreed that ‘The Constrictor’ hot sauce, which is made of reapers, was even hotter than this. To break it down, it’s really hot.

What about the consistency?

Like many of the former Last Dab sauces, the Apollo is thick and chunky. The fresh peppers in this mix are nearly chewable, and the vinegar in it is kept at a low consistency.

This means you get a fantastically perfect pour from it. You do not want to get too fast of a pour. With the thickness of the sauce, it will not pour out very fast, so you do not get the danger of accidentally pouring too much into your food and therefore, burning your face off.

Instead, you get a slow pour that allows you to pour just the right amount of heat into any meal.

Where can I buy it?

If you want to buy the Last Dab Apollo, you can find it online, sold exclusively on Heatonist for around $22. This is definitely the most expensive Last Dab sauce so far. Although, the bottle should last a majority of people a very long time.

If you are hankering for the heat and salivating for the spice, you can definitely spare the cash to buy this online, while the price may seem quite high, there is plenty of reason for that.

It makes a great gift for the spicy food lover in your life. The price actually starts to make sense when you consider that each bottle likely requires a couple dozen peppers to produce, So it is not like you are only getting a few peppers, you are getting dozens in this bottle.

Besides, it is also an exclusive pepper. It is exclusive to Smokin’ Ed’s reserves.

Generally the Last Dab Apollo sauce is mind-blowing, almost literally. The sauce comes up short in its value, thanks to the extreme price tag it has on it.

However, it makes up for it in heat. Once again, it does lack a bit in flavor, being more on the bland side, and heavy on the heat.

However, for some people this could be exactly what the doctor ordered.

It is nearly a bit more of a party trick, than it is a sauce. Although for those who love the heat of a heavy hot sauce, it certainly isn’t lacking.

If you are cooking up a meal, and you need something hot to add in to the flavors, then this sauce will work perfectly for you.

Stick around to see what other sauces Last Dab may have for your pleasure.

Give the last Dab Apollo a try, see what you think, and let others know if you think it is fiery and furious, if it is just another sauce, with little for you.