As of today, the hottest chile on record is the Carolina Reaper. I have grown it as well, and let me tell you, if you bite into one, you need to start praying before you start eating. They take your breath away. You will be on fire, sweating, with tears running down your face - Eddie Hernandez

When anyone starts thinking about peppers, one of the first things that probably springs to mind is the inevitable heat that these fruits are burdened with. 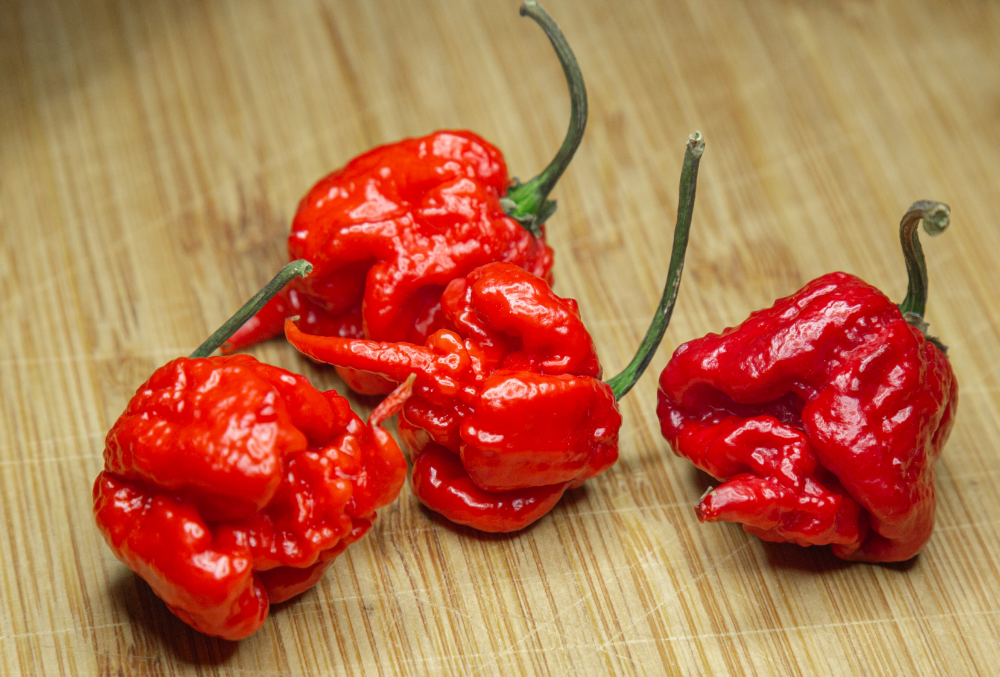 While the warmth that peppers and chiles create has a dedicated worldwide fanbase, some peppers are treated with more reverence and respect than others.

And two of the leading lights that are universally praised and apotheosized within the ranks of the pepper faithful are the Habanero and the Carolina Reaper.

Their fame, or infamy depending on your point of view, precedes them and both are regarded as being two of the hottest peppers in the world and are feared and praised in equal measure.

But how can the inexperienced pepper fan tell one from the other? What are the differences between Carolina Reaper and the Habanero? What separates these two peppers, how easy are they to grow, what do they really taste like and how hot are these almost mythical peppers?

These are just some of the questions that we get regularly asked about the figureheads of pepper royalty and, in an attempt to finally answer those questions once and for all, we thought that we’d pit the peppers against each other in a pepper-based showdown for the ages.

This is Habanero versus the Carolina Reaper, may the best pepper win…

The Habanero pepper has a long and storied biological history that started in the Amazon jungle and eventually reached Mexico.

A prized trading commodity, this mainstay of Yucanese food (the Yucatan Peninsula in Mexico is now the primary area of global cultivation of the Habanero pepper), is named after the city in which it was brought to the attention of merchants and traders the world over, Havana.

The Carolina Reaper can’t claim the same and didn’t even exist before the advent of the twenty-first century.

It was created by professional pepper grower and hot sauce savant Ed Currie in the first decade of the new millennium and was cross-pollinated and created to be the hottest pepper on Earth, a title that it was finally awarded by the Guinness Book of Records in two thousand and fourteen.

Ed set out to create a heat-filled monster pepper, and with the birth of the Carolina Reaper, he finally achieved his dream.

Looks Can Be Deceiving

The easiest way to tell these peppers apart is simply by looking at them. In the case of the Carolina Reaper, the way the pepper looks is enough to send shivers down your spine.

A red, shrunken, and lumpy pepper, its appearance is a warning that there’s more to this pepper than meets the eye and reflects the pepper’s, capsicum-filled heart.

Like all peppers, they start life as an innocent shade of green, but as they reach full maturity, ripen and reach full heat they become a deep red.

While the Reaper’s misshapen appearance acts as a warning, the habanero's normal appearance practically invites any and all members of the animal kingdom to sample it, and when they do, it’s a mistake that few tend to make twice.

One bitten, twice Habanero shy is a rule that most animals, bar humans, learn very quickly.

The second major difference between the two peppers is the way they taste and how hot they are. The Habanero has a pleasant, fruity taste and depending on how well an individual can cope with heat, can happily be eaten raw.

That said, we wouldn’t recommend biting into a habanero and attempting to eat it in the same way that you would an apple, as they’re still one of the hottest peppers in the world and average somewhere in the region of three hundred thousand Scoville Units (the Scoville is the unit used to measure the heat of a pepper), which means that it’s incredibly hot.

The Carolina Reaper on the other hand doesn’t possess any of the habanero’s redeeming flavor values, and if you’re unfortunate, or brave enough to bite into one, you won’t be overwhelmed by the way it tastes, but you might be overcome by the heat that it possesses.

At around two and half million Scoville units, the Carolina Reaper is the hottest pepper known to man, a single bite of one has been known to induce nausea, vomiting, and heart palpitations.

Here’s where the Reaper pulls level with the habanero, as even though the latter is used by a lot of independent and larger chile and hot sauce manufacturers for its versatility in terms of flavor and heat, the Reaper is also favored by smaller hot sauce brands for the instant heat that it can, and does create when used in much smaller quantities.

That said, the humble habanero can also be used as an ingredient in a wide variety of different recipes without overpowering the flavor of the meal being produced, while the Reaper can’t be used in the same way, due to its incredibly high capsaicin content and savage and unrelenting heat.

While it’s possible for anyone to grow both varieties of peppers at home, whether or not they’re blessed with a green thumb, the habanero is a lot easier to cultivate than the Carolina Reaper is.

This is mainly due to the fact that the habanero is much harder and has a longer, far more established history than the Reaper and, as a flowering fruit, is far more used to the peculiarities of nature.

The Carolina Reaper, on the other hand, being a hybrid, requires more care and attention to detail, and is far less likely to grow and flower than the habanero is.

Nature can be a cruel and unforgiving mistress and often forsakes those plants that it had little or no hand in creating.

Bearing that in mind, the safest and easiest way to grow either habanero's or Carolina Reaper plants is with seeds supplied by a specialist company or nursery that are far more likely to flower and produce fruit than the seeds that come from store-bought peppers.

In any showdown, there can only be one winner, and for the everyday practicality and near-infinite variety of ways in which it can be used, the winner can only be the habanero.

It’s been part of the human food chain for millennia and, provided we don’t fall victim to some catastrophic disaster, will doubtless continue to fulfill the same role for thousands of years to come.

Having said that, we’re not averse to the sort of mind-blowing hot sauces that the Reaper can be used to make, and can and do see the usefulness of this frankly astonishing, strange-looking fruit.

So even though the habanero takes first place, the Carolina Reaper was only just pipped to the post, and who knows what the future holds for the hottest pepper on Earth? Only time and the endless inventiveness of pepperheads will tell.