They have hot peppers in Louisiana. Little red devils with fire in their skin and hell in their seeds - James Street

Tradition is important in Louisiana. There’s the way things are done, and the way that things should be done, and the Panola Pepper Corporation’s Zombie Cajun Hot Sauce does things the slow, old-fashioned way and sticks close to, and revels in its Cajun’s roots and fully-rounded flavor.

Everything about this delicious sauce is slow, from the way that its gradual heat creeps up on you like the undead in the opening shot of a Romero film, to the manner in which the rich, layered taste pulls back its pepper laden curtain and gradually reveals the deep and detailed complexity of the robust and time-honored taste of this hot pepper mash sauce.

This isn’t a mass-produced sauce, it isn’t meant to adhere to any hot sauce social conventions or rules of the way in which heat is delivered, it follows its own path out of the swamps and heartlands of Louisiana and sticks rigidly to the recipes of laid down by generations of Creole chefs who knew how to deliver heat without losing any flavor.

Made to be a mainstay of Creole and Cajun cooking, this surprising hot sauce brings the best of both worlds to any dish that it’s added to.

We’re not going to lie and try to convince you that a single drop of this sauce will burn a hole through your tongue, or set your tonsils ablaze with a raging, unabated fire that lasts long into the evening and only begins to fade when the sun finally sets on the bayou.

That’s not the way this sauce works and to try and tell you otherwise would do both this sauce and you a disservice.

It’s made from a pepper mash, that was created using only the finest ingredients, the ripest peppers, and tomatoes, carefully sourced and procured onions and garlic, a secret combination of spices and just enough sugar to encourage the natural sweetness to make itself known when all of the other flavors have gradually started to fade and dissipate.

And like all of the finest things in life, the pepper mash that Panola has built this sauce around was left to age, so all of the natural flavors of the peppers seep into each and every drop and atom of it and spread like wildfire whenever you bite into anything that’s been lucky enough to meet Zombie Cajun head-on.

It Isn’t About How Hot It Is

We know we’re waxing lyrical about it and that we’re starting to sound more and more like a carnival barker drawing a crowd in for a snake oil salesman, but there’s no way to undersell this deceptively delicious sauce.

And while it’s commonplace to oversell the Scoville count and fixate on the devastating chile and pepper destruction that some sauces wage on the consumer, this guilty Creole pleasure isn’t about the heat, it’s all about the flavor. 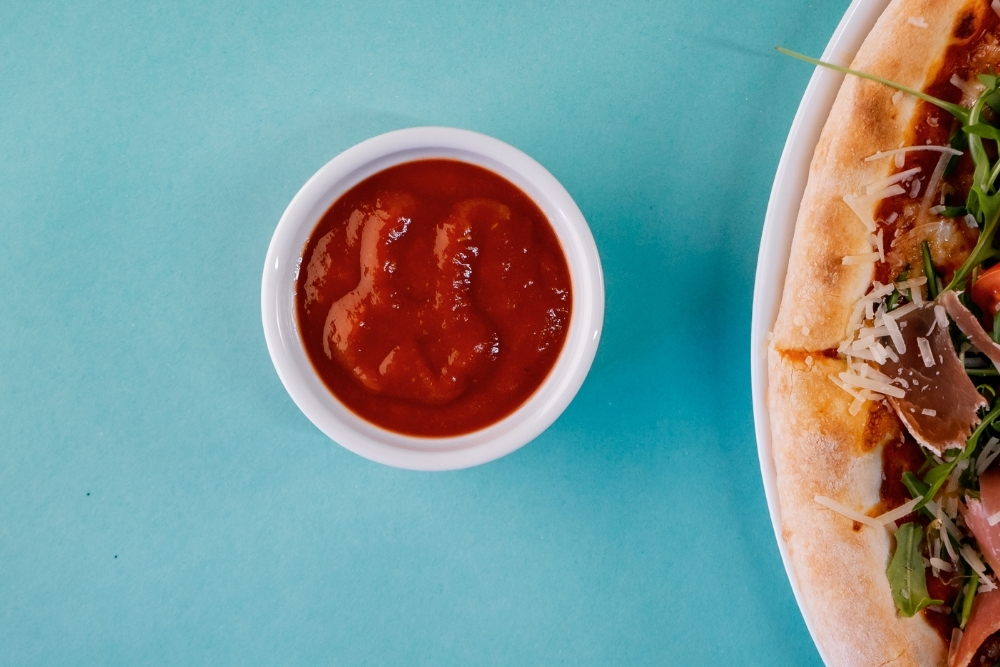 The truth is, we couldn’t even give you a Scoville count, and neither could the good people at the Panola Pepper Corp, as they don’t judge this sauce by how hot it is, but rather by how much flavor it has and as every small-batch they make it slightly different, there’s no point in trying to stick to a heat heavy blueprint.

It just wouldn’t work for this sauce, which relies on medium heat and maximum flavor. The folks at Papona score it as a five out of ten on the Cajun heat scale, and that’s more than good enough for us.

It’s All About The Way It Tastes

The only thing that really matters with this sauce, are all of the flavors that it lets loose in one fell swoop, that drop straight on your tongue like a plague of out of control undead all desperately clamoring for attention.

The sweet heat of the peppers combines perfectly with the tomato, sugar, onions, and garlic to create a taste unlike any other, that once tried is never forgotten.

All of the hidden depth and intricate flavor that’s part of and parcel of Cajun food, and all of the exquisite tastes that are ever-present in Creole cooking are infused into this sauce.

It’s the history of the bayou in a single bottle, and we wouldn’t have felt comfortable saying that if we didn’t already know that the family who created it have been serving and selling Cajun-inspired hot sauce to their local Louisiana community for the last four decades.

If the locals think it’s good, and keep coming back for more, then it must be something really special. And it is. It really, really is.

The Slow Pour On To Whatever You Want…

It’s a myth that Louisiana hot sauce is only supposed to be used on, and with Cajun cooking and food that was born on the bayou.

Papona’s Zombie Cajun works well with almost anything, and whether you want to drown your burger in it or pour it all over a plate of wings, and let it soak into them one at a time before greedily tucking into their sauce laden, succulent white meat, this sauce will add an extra depth of flavor that you’ll absolutely lose yourself in.

The most surprising thing that we stumbled across by accident when we added the Zombie Cajun to just about everything that we could is how well it works with, and compliments fish, although as it was created in Louisiana that shouldn’t really have been a surprise at all.

And that glorious slow pour, that uses just enough vinegar and sugar to coax the sauce out of the bottle is a thing of beauty.

The delicate red sheen of the thick, flavor-laden sauce makes us want to add it to whatever we can, whenever we can, which is why we order three bottles at a time.

That way, we’ll never run out of this small-batch wonder that has completely rewritten everything that we thought we knew about Louisiana-style hot sauce and made true believers out of us.

And as soon as you taste it, you’ll become a fully paid-up member of the Zombie Cajun congregation too.